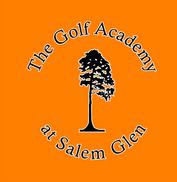 ​The Golf Academy at Salem Glen 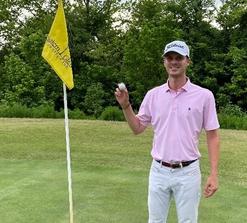 Will’s golf career began in 2014 as a high school freshman, his dad introduced him to the game, the competitive nature of the game instantly got him hooked. Will’s first year of his career was a struggle, barely making the high school team his freshman year, by sophomore he improved but still failed to make the starting lineup, after his sophomore year he began to take golf very seriously, so much that he gave up playing football which he had played for the previous 10 years and started working as a cart attendant at Sapona Country Club. During his Junior year his game transformed, winning 2 tournaments and earning first team all-county honors and second team all-county, he continued to work from dawn to dusk to improve his game and his senior season was his best year yet winning 4 tournaments including runner up finishes at the Davidson County high school championship and the Conference Tournament. After high school he played two years of Junior College golf at Davidson County Community College playing number one for the team and multiple top 5 finishes during his time.  Will has been working in the golf business since he was 15, first starting out as a cart attendant, then moving to a golf shop attendant, and now he serves as the 2nd Assistant Golf Professional at Salem Glen Country Club. Will is currently a PGA Associate currently working towards Class A PGA Membership, his goal is to achieve Class A membership by June of 2024. Will Graduated from UNC Greensboro with a Bachelor of Science degree in May of 2022.

Will believes improving your game is comparable to building
a puzzle, one piece at a time, practice and repetition is the key to
building your long-term memory and consistency, learning a new
skill requires a thorough verbal and visual explanation by the
coach, and performance by the student. Will’s number one goal is
to help his students have more fun playing golf, and with a
compassionate and encouraging leaning environment at the Golf
Academy, we will achieve our goals together.